How Past Disasters Can Help Us in the Future?

Home  /  Blog  /  Science and Environment  /  How Past Disasters Can Help Us in the Future? 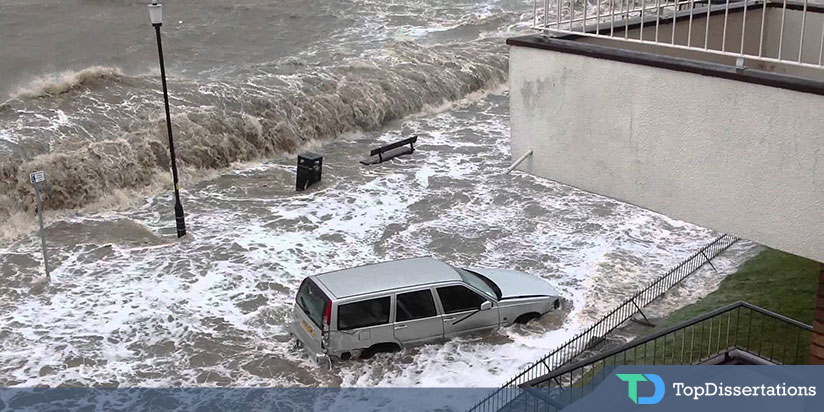 Unfortunately, natural disasters have been an integral part of human’s history, hence, have been shaping and influencing the way the society has grown and turned out in general. Moreover, despite the high level of development the humanity has reached, we still aren’t able to prevent or predict the forthcoming natural disasters with 100% certainty. What should be done to handle natural disasters and can the evaluation of past events help us to model the effect of possible future natural disasters?

An associate professor of prehistoric archaeology of the Department of Culture and Society at Aarhus University Felix Riede suggests the idea of using “our common European and global cultural heritage as a historic lab and an active resource for designing resilient societies.” In his manuscript “Natural Hazards” Felix Riede talks about an enormous challenge that natural disasters have been bringing to both primitive and modern societies and influencing them at diverse levels.

Analyzing disasters of prehistoric times, which almost wiped out the Earth’s population like a volcanic eruption on Toba (74,000 years ago), a huge volcano eruption in the Vesuvius region (38,000 years ago), an eruption near Lake Laach in Western Germany (13,000 years ago), a giant tsunami on the Western coast of Jutland in Denmark (8.200 years ago) and more recent volcanic eruption in Iceland in 2010 or natural disasters in the regions of Banda Aceh, Haiti, Fukushima, New Orleans, Sichuan, we have the data to find out some general rules about behavioral patterns of society and consequences such disasters may cause. Riede also believes in the effectiveness of natural experiments of history method with the help of which, apart from geological parameters, “we can also measure vital factors such as economic, technological, religious and social parameters” a natural disaster brings.

Among the list of perspectives the humanity can benefit from while using historical facts and getting prepared for a natural disaster in the future, Felix Riede outlines several behavioral patterns. It has been observed that during and after natural disasters people tend to show similar instinctive reactions like gathering in larger groups with the aim of securing resources and relocating to less dangerous places. Such people’s need to escape and find a shelter in a safer territory is predictable, so the modern infrastructure has to get equipped in a way it can provide everyone with a possibility to emigrate in case of the worst-case scenario.

Another significant point discussed in “Natural Hazards” concerns the communities’ strengthening, their responsibility, the ability to act, the awareness of the connection between past and future natural disasters and creation of resilient societies, which in the long run will lead to the rewarding consequences.

The key to the formation of the resilient to natural disasters communities lies in evidence-based descriptions of the past events, demonstration of their affect on the society and raising people’s competence in order to protect us from a catastrophe in the future.